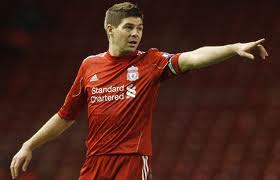 
Chelsea manager Andre Villas-Boas has admitted Nicolas Anelka looks certain to leave Chelsea at the end of the season.
Anelka is in the final year of his contract and Villas-Boas has revealed the striker has indicated he is prepared to run down his current deal.

Midfielder Owen Hargreaves has set his sights on getting back into the England squad as he prepares to make his Manchester City debut.

Manchester United striker Michael Owen wants to carry on playing in United's first team after he scored twice yesterday as United cruised to a 3-0 win against Leeds United in the Carling Cup 3rd Round.

Everton are preparing negotiations on an extension to David Moyes' contract.

Arsenal gave strong support to Arsene Wenger yesterday despite the team's worst start to a season for 58 years.

Roman Abramovich has reportedly ordered Andre Villas-Boas to put Chelsea's kids ahead of the Carling Cup.

Playmaker David Silva believes he is not a regular starter for Spain because he plays for Manchester City.
*Last night's BPL Teams Carling Cup 3rd Round Action:*

Arsenal 3 Shrewsbury Town 1
Shrewsbury Town scored first to give Arsenal a scare. Kieran Gibbs equalised for Arsenal in the 33rd minute. Alex Oxlade-Chamberlain scored to make it 2-1 to Arsenal in the second half and Yossi Benayoun finished the match off for The Gunners in the 70th minute.

Wolverhampton Wanderers 5 Millwall 0
5 different scores for Wolves as they thrashed Millwall 5-0 to go into the Last 16.

Blackburn Rovers 3 Leyton Orient 2
Jason Roberts, Ruben Rochina and new signing Simon Vuckevic were all on the scoresheet for Rovers as they edged a 3-2 win against Leyton Orient.

Nottingham Forest 3 Newcastle United 4
The match had to go to extra time and in the final minute of extra time, Coloccini scored a late goal to make it 4-3 to Newcastle. Danny Simpson and Peter Lovenkrands also scored for Newcastle.

Stoke City 0 Tottenham Hotspur 0 AET (Pens 7-6)
It was goaless after 120 minutes so it went to penalties. Stoke's new signing Peter Crouch scored a penalty against his own club and Roman Pavlyuchenko's penalty was saved by Thomas Sorensen so Stoke won and booked their place in the Last 16.

Liverpool midfielder Steven Gerrard is set to make his first appearence for Liverpool this season tonight against Brighton. It will boost their morale after their 4-0 thrashing against Tottenham Hotspur on Sunday.


Harry Redknapp says he is disappointed with goalkeeper Gomes after their 0-0(7-6 on pens) defeat to Stoke City yesterday in the Carling Cup 3rd Round.


Liverpool defender Daniel Agger is expected to be out of at least four weeks after suffering a rib injury in Sunday's 4-0 defeat against Tottenham.

Arsenal and Liverpool will battle it out in January to sign 18-year-old striker Paco Alcacer from Spanish side Valencia.

Fulham manager Martin Jol has admitted he could sell Andrew Johnson in January if he fails to agree a new contract at Craven Cottage.
Tottenham striker Roman Pavlyuchenko is rumoured to be a transfer target for Russian side Lokomotiv Moscow and fellow team-mates Rafael Van Der Vaart and Gareth Bale are wanted by AC Milan.

New QPR midfielder and captain Joey Barton has claimed he held talks with Arsenal boss Arsene Wenger before joining QPR and would have signed for The Gunners if the incident with Gervinho against Newcastle last month did not happen.
Posted by Unknown at 14:20