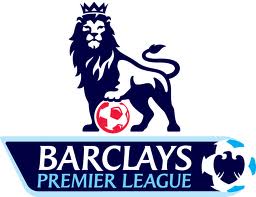 Hello and welcome to my LATEST intallment of my EPL blog.

Today in the English Premier League, there are 8 matches on store for all of you football fans to enjoy including a London derby between Tottenham and Chelsea and Manchester United vs Stoke City.

So let me begin:

12:45: The referee has blown the whistle to start the match at White Hart Lane. Tottenham manager Andre Villas Boas faces his old club Chelsea for the first time after being sacked last season.

Chelsea have taken the lead after 18 minutes, thanks to defender Gary Cahill's powerful volley into the net past Brad Friedel.

Still 1-0 to the away side, but the match is starting to heat up, with 3 yellow cards. William Gallas, Branislav Ivanovic and Tom Huddlestone with the yellows so they all need to be careful, or they may be in for an early shower.

Half-time at White Hart Lane.
Tottenham are trailing by 1 goal to nil, but there is still 45 minutes to go. Chelsea are ahead just, and need to close out the match or Spurs will equalise and may provide a shock at home today.

The match has restarted at White Hart Lane with Chelsea leading.

Former Chelsea defender William Gallas has scored to equalise for the hosts.
1-1, and it is suddenly game on.

13:57:
GOAL!!! Tottenham have taken the lead, thanks to Jermain Defoe!


Winger Aaron Lennon had a shot towards goal, and Defoe hits the ball in mid-air on the way in past Petr Cech.
64: Juan Mata's pass down the wing towards Ashley Cole who crosses the ball into the box for Torres.... cleared away quickly by defender Stephen Caulker.

65: The cameras show that midfielder Jake Livermore is getting stripped and ready to come on for Tottenham.

Fresh legs will be just what AVB wants.

66: Chelsea midfielder Oscar crosses the ball into the box, before Gallas clears the ball away out of the box.

The ball falls to Juan Mata who shoots the ball towards goal.... GOAL!!! Mata has equalised for Chelsea.

Tom Huddlestone OFF
Jake Livermore ON

68: Jermain Defoe unleashes an ambitious shot from 30 yards out towards goal... but Petr Cech pulls off an acrobatic save to ensure it is still 2-2.

Tottenham corner fails to make any impact and Chelsea go on the counter attack with Torres on the run inside the box, before Jan Vertonghen's tackle prevents him from scoring.

69: Oscar and Mata play a nice 1-2 and Mata places the ball past Brad Friedel towards goal... GOAL!!!

Mata's 2nd of the day, and Chelsea are back in-front. What a turn around.

Clint Dempsey OFF
Emmanuel Adebayor ON

76: Chelsea midfielder Oscar forces a save out of Tottenham goalkeeper Brad Friedel with a good shot.

Sturridge comes on for Oscar who has played well, and with just over 5 minutes to go plus stoppage time, he gets some match time.

90: Tottenham full-back Kyle Walker unleashes a shot towards goal from 30 yards out. The ball flies like a bullet towards goal, and Cech sees it late.... GOOD SAVE! by Petr Cech!

Eden Hazard OFF
Frank Lampard ON

Mata runs down the wing with a Chelsea counter attack, before giving a through ball straight to Sturridge who taps the ball into the net to make it 4-2 to The Blues!!! GOAL!

Friedel was helpless, with his defence caught napping by Juan Mata.

90+3: The referee blows the whistle to end the match at White Hart Lane. What. A. Match.

The second half just burst into life, with Tottenham scoring twice in the first ten minutes. Mata scored a double in the space of 3 minutes, before substitute Sturridge ended the match in the last minute with an easy tap-in at the far post.

My Man of The Match:

He worked tirelessly throughout the match, and linked up well with Oscar in the middle of the midfield.
Ran rings around the Tottenham defence and scored twice for Chelsea.
He carried them to a win, and played very well.

Here are the team line-ups for the 3pm kick-offs: 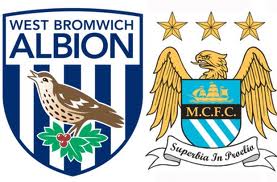 Striker Sergio Aguero, full-back Kolarov and winger Scott Sinclair are all on the bench for City today.
James Milner, Yaya Toure and Gareth Barry are the defensive midfielders, in a 4-3-1-2 formation.
Nasri is just behind Balotelli and Tevez in attack. 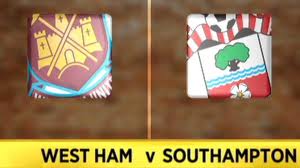 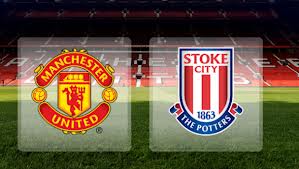