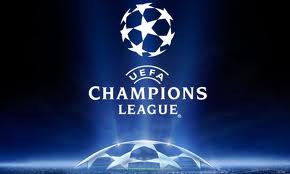 Hello everyone, and welcome to my EPL Blog with a twist today in-store.
In this post, I will talk about Wednesday's UEFA Champions League Group Stage Matches, including English sides Arsenal and Manchester City having tough fixtures against FC Schalke 04 and Ajax respectively.

This match was played at The Emirates Stadium, as English side Arsenal who topped Group B hosted a tough side German side Schalke.

Winger Ibrahim Afellay was controversially given a yellow card in the 14th minute after the referee felt that he dived after a challenge from Arsenal goalkeeper Vito Mannone.

Striker Huntelaar missed the target with a shot just outside the 6-yard box, but failed to trouble Mannone.

Arsenal missed a chance of their own after Ramsey's attempted backheel went straight into the goalkeeper's hands.

Schalke continued to pressure Arsenal, before Gervinho was given a yellow card for a dive inside the penalty area after a tackle by Jermain Jones.

Arsenal defender Per Mertesacker tried to play the offside rule as a Schalke cross came into the box, but Huntelaar found space away from Mertesacker, and as the fall came to his feet, he blasted the ball powerfully away from Mannone's reach into the net to break the deadlock at The Emirates in the 76th minute.


Arsenal's sloppy play continued in the 85th minute, when left-back Andre Santos gave winger Jefferson Farfan a yard, and his low cross into the box easily found Afellay at the far post, who cooly slotted the ball into the net away from a helpless Mannone to end the match with 5 minutes to go.


The match ended 2-0 to Schalke, and they leapfrogged Arsenal into 1st place away from home in London.

Arsenal's poor week continued after a 1-0 loss to Norwich in the EPL on Saturday evening.

The big question for Arsenal is, Is this a blip or will their poor form continue into this weekend against QPR?

FACT: Schalke are the first team to win against Arsenal away frot home since 2003

FACT: Arsenal only had 1 shot on target against Schalke. Poor, and not good enough.

This match was played in France at the La Mosson Stadium, as French champions Montpellier hosted the Greek champions Olympiakos in an interesting clash between 3rd and 4th place in Group B.

The home side opened the scoring with Charbonnier hitting a powerful low piledriver towards goal from 17 yards out.
The goaalkeeper had no chance, and even though he dived to save the ball from creeping in at the near post, there was no use.

But Olympiakos equalised with Torosidis scorto c from a free-kick after Montpellier failed to clear the ball away inside the box.

Olympiakos won the match, with a low cross into the box was cleanly finished with an easy tap-in by striker Kevin Mitrologu.

What I have noticed so far:
Montpellier are virtually out, unless a miracle happens and they win all of their remaining fixtures which is unlikely unless everyone else does NOT win.
Olympiakos will settle for 3rd place, and a UEFA Europa League place is not so bad for the Greek champions.
Schalke vs Arsenal for 1st place.

Striker Aleksandr Kerzhakov scored the only goal of the match in the 72nd minute from the penalty spot after fellow striker Milan Jovanovic pulled him down inside the area as the ball was coming towards him to try and block him from scoring.

This match was played in Spain at La Rosaleda as Malaga hosted Italian club AC Milan.

Malaga were given a penalty in the 45th minute, after AC Milan defender Kevin Constant shoulder barged a Malaga player and the referee felt that he did not get any of the ball.
Joaquin hit the crossbar and missed.

But three minutes after half-time, he got his reward with a lovely placed goal past the goalkeeper, which hit both posts before going in the net.

What I have noticed so far:
Anderlecht (just like Montpellier in Group B) are virtually out of the CL, with big spenders Zenit proving so far that they cannot cut it with the 'big boys of Europe'.

Midfielder Samir Nasri broke the deadlock for City in the 22nd minute after some lovely play by full-back Micah Richards and defensive midfielder James Milner which was finished off with a lovely finesse shot into the top corner of the net past goalkeeper Kevin Vermeer.

Micah Richards had a shot well saved by Vermeer from outside the box, before Ajax equalised just before half-time thanks to a bullet drive by striker Siem De Jong into the far corner of the net out of Joe Hart's reach.

This match was played at the Dortmund Stadium, as Dortmund hosted Spainish champions Real Madrid.

Real Madrid defender Pepe made a big mistake with a mis-placed pass and Dortmund capatailized on this.

Polish striker Robert Lewandowski was through on goal after a great through ball by captain Kehl.
He had a low but firm shot towards goal, and the ball JUST went past Real Madrid goalkeeper Casillas into the bottom corner of the net to break the deadelock for the ome side in the 36th minute.

It did not take long for Real Madrid to come back in the match, after a nice through ball went straight to winger Cristiano Ronaldo who used his pace to run down the wing and beat a defender before slyly waiting for the Dortmund goalkeeper Weidenfeller to come out of his goal, before chipping the ball over his head into the empty net to make it 1-1 after 38 minutes.

Marcel Schmelzer ended the match with a sweet volley in the 64th minute from just inside the 18-yard box which bounced past goalkeeper Casillas into the bottom corner of the net to make it 2-1 to Dortmund.