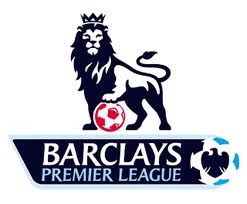 
Norwich 1 Arsenal 2
This match came from Carrow Road as Norwich hosted inform Arsenal. Striker Steve Morison made it 1-0 to Norwich in the 16th minute after he robbed Per Mertesacker of the ball and left goalkeeper Szczesny for dead and placed the ball into the back of the net.
Arsenal captain Robin Van Persie equalised in the 26th minute after a cross by Theo Walcott into the box for him to tap in. RVP made it 2-1 in the 59th minute as he chipped gaolkeeper John Ruddy and the ball flew into the goal. Arsenal created lots of chances in the game and attacked well. They could have thrashed Norwich but in the first half they were denied three goals from goal-line clearances. Arsenal deserved to win and move up to 6th place with 22 points and put pressure on Liverpool, Chelsea and Tottenham.
Norwich drop down to 11th place in the table with 13 points.
Attendance: 26,801

FACT: Robin Van Persie is only the 5th player to score 30 goals in 1 calendar season in the EPL.
FACT: Arsene Wenger has won his 200th match away from home in all competitions since joining the club.


Manchester City 3 Newcastle United 1
This interesting match came from The Eithad Staduim as the EPL leaders City faced 3rd placed Newcastle.
Manchester City broke the deadlock as striker Mario Balotelli cooly placed a penalty past goalkeeper Tim Krul. Defender Micah Richards made it 2-0 to the hosts just before half-time in the 44th minute inside the 16 yard box.
Hatem Ben Arfa returned to face City for the first time since he broke his leg 13 months ago. He hit the post for Newcastle in the 60th minute and was unlucky not to score his first goal of the season. Sergio Aguero slotted a penalty into the net in the 72nd minute to make it 3-0 and to finish the game. Gosling scored a consolation goal for Newcastle in the 89th minute from a tap in inside the 6 yard box but City took all three points.
There was many chances from both teams in the match and athough Newcastle fought hard, City finished their chances clinically.
Manchester City stay 5 points clear at the top of the table ahead of 2nd placed rivals Manchester United. Newcastle stay 3rd in the table but drop points in a crucial month for them.
Attendance: 47,408

Wigan 3 Blackburn Rovers 3
This match came from the DW Stadium as two of the EPL strugglers went head-to-head.
Yakubu made it 1-0 to Blackburn only 2 minutes in after he chipped the keeper and Gary Caldwell and Steve Gohouri made defensive errors and failed to clear the ball. Wigan midfielder Jordi Gomez scored a clean strike from 25 yards out to equalise for Wigan in the 7th minute. Defender Gary Caldwell made amends for his earlier error and scored a header to put Wigan infront in the 31st minute from a header inside the 16 yard box. Blackburn defender David Dunn was sent off after picking up two yellow cards. Junior Holiett made it 2-2 from a header after a controversial corner taken by Pedersen was not touched by another player in the 60th minute. Albert Crusat scored to make it 3-2 to Wigan in the 88th minute from a lacklustre shot which went underneath goalkeeper Paul Robinson. A penalty was awarded in the 96th minute with Robinson on the recieving end of a kick in the head. Yakubu equalised in the 99th minute to make it 3-3 and the match ended as a 6 goal thriller.
Attendance: 17,298


Stoke City 2 QPR 3
This match came from The Britannia as Stoke hosted QPR. Striker Jonathan Walters scored for Stoke in the 8th minute to open the scoring from a 16 yard strike. Heidar Helguson scored to eqaulise with a header in the 22nd minute. Full-back Luke Young drove the ball past Thomas Sorensen to make it 2-1 to QPR in the 44th minute. Joey Barton crossed a ball into the box and Heidar Helguson tapped the ball into the net from the far post in the 54th minute for 3-1 to the away side. Defender Ryan Shawcross headed the ball into the net from a corner to make it 3-2 and give Stoke hope but in the end the away side prevailed. Stoke were unlucky as they missed a few chances and had a penalty decision declined by the referee. They will feel disappointed as they lost at home to opposition who they could have beaten comfortably and they dropped points. Stoke drop down to 14th place while QPR move up to 9th position.
Attendance: 27,168


FACT: QPR striker Heidar Helguson has scored 5 goals in 5 matches for QPR this season.
FACT: Stoke have not won an EPL match in 4 games.


Everton 2 Wolverhampton Wanderers 1
This match came from Goodison Park as both teams who sat in the bottom half of the table face each other.
Stephen Hunt scored for Wolves to make it 1-0 to the away side in the 37th minute from a penalty. Phil Jagielka scored a header from a Leighton Baines free-kick to level for Everton just before half-time in the 44th minute. Leighton Baines scored the winner in the 83rd minute from a penalty.
Everton move up to 12th place in the table while Wolves drop to 17th. Wolves will feel hard done by as they conceded the winning goal late on in the match and the penalty decision was slighty harsh.
Attendance: 33,953


West Bromwich Albion 2 Bolton Wanderers 1
The main headline of this match was the fact that striker Shane Long returned from injury ahead of schedule to play against Bolton.
Jerome Thomas went past the keeper and scored in the 16th minute to make it 1-0 to the home side. Bolton striker Ivan Klasnic scored a peanlty in the 21st minute to level for Bolton. Shane Long scored a header from a Nicky Shorey cross to make it 2-1 to West Brom in the 56th minute. West Brom move up to 10th place with 14 points while Bolton stay in 18th place with only 9 points from 12 matches.
Attendance: 26,221


Sunderland 0 Fulham 0
This match was at The Stadium of Light as Sunderland hosted Fulham. This was an end-to-end match with lots of crosses, shots and set pieces. In the last minute of the game, both teams missed golden chances to win the match. First, Fulham midfielder Clint Dempsey shot wide of the post on the counter attack. Sunderland's Stephane Sessegnon took a shot from a far distance which deflected, Mark Schwarzer went the wrong way but saved it from going in the net with his feet. Fulham drop points and fall to 16th place while Sunderland are just ahead in 15th place. Both teams earned a point but they will be frustrated at the fact that they could not captalize and get all three points.
Attendance: 37,668


Swansea City 0 Manchester United 1
This match was at The Liberty Stadium as Swansea took on defending EPL champions Manchester United. In the 10th minute, a poor and short pass fell to Ryan Giggs' feet and he ran into the box and passed the ball to Javier Hernandez who tapped the ball into the net. Scott Sinclair failed to control a soft pass straight to him inside the 16 yard box as De Gea was not positioned properly and could have equalised. The Swans pressed and put pressure on United throughout the game but unfortunately were not able to score. They played well but gave away the ball in dangerous areas and paid the price for it. Manchester United will be happy with the win as they continue to stay with leaders City but will be disappointed that they could not finish their chances and kill the game off earlier. This will be crucial for Sir Alex's men to do in the future as they may concede late goals and lose points. United stay 2nd with 29 points from 12 matches and Swansea move down to 13th place with 13 points.
Attnedance: 20,295

FACT: Manchester United have finally beaten Swansea at The Liberty Stadium after 8 meetings and no wins.
FACT: Swansea have now only lost once at The Liberty in ten months.

EPL News:
Fulham defensive midfielder Dickson Etuhu has revealed he could be on his way out of Fulham in the January transfer window.

Chelsea manager Andre Villas-Boas says that he would still pay £50million for Fernando Torres.
I would not....
He also says not to rule Liverpool out of the title race this season.

Tottenham have revealed that they will look to keep Manchester City striker Emmanuel Adebayor beyond this season. This looks reasonable.... VDV, Bale, Modric and Adebayor is a deadly partnership and City say that he is surplus to requirements as they have many others.... but it will cost them at least £20million as they will want to cash in.


Sir Alex Ferguson has confirmed Manchester United are likely to activate a clause in Dimitar Berbatov's contract that will keep him at Old Trafford for another year.
For what? To be a bench warmer? To reduce his market value? He needs to sell him if he's not going to play 20+ EPL matches every season. He can be replaced and he is getting old...... Cashing in on him would be a good idea......

Chelsea vs Liverpool Preview: LIVE from 16:00pm on Sunday

This mouth watering encounter comes from Stamford Bridge tomorrow as 4th placed Chelsea host 7th placed Liverpool.
Liverpool defender Jamie Carragher is in contention to return to face Chelsea as he missed the last two games with a calf injury.
Striker Luis Suarez is expected to keep his place in the starting line-up as he had a minor back problem following the International break.
Captain Steven Gerrard is still making his way back to full fitness after an ankle infection and will not feature for The Reds.

Chelsea boss Andre Villas-Boas is expecting everyone but Michael Essien to be fit and available.
Midfielder Michael Essien is to return to the starting line up in the New Year.
Daniel Sturridge is yet to shake off a knock that he picked up in training on Friday while fellow striker Didier Drogba has recovered from the arm surgery he underwent while suspended prior to the international break.
Goalkeeper Hilario is back from a bout of flu.
Expect drama, a cagey match with lots of shots and tackles and tempers flaring as former team-mates go head-to-head.
There will be lots of talent on how with players like Suarez, Mata, Cole, Cech, Downing, Lucas, Bellamy and Sturridge battle for three points.
Fernando Torres and Raul Merieles are both against their former club so expect anything at The Bridge.