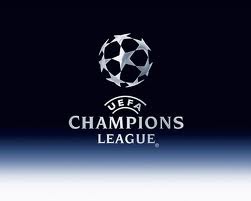 Bayern Munich 3 Villareal 1
Frank Ribery put the home side infront in the 3rd minute. Mario Gomez made it 2-0 in the 24th minute. In the 50th minute, Joe De Guzman made it 2-1 to give Villareal hope but Ribery scored his second of the night in the 69th minute to ensure all three points for Munich and to ensure qualification from Group A.
Napoli 2 Manchester City 1
Edinson Cavani caused City trouble yet again as Napoli beat EPL leaders City 2-1 to raise the stakes for qualification. He scored in the 17th minute to break the deadlock for the home team. Manchester City striker Mario Balotelli scored in his country to draw level in the 33rd minute but
Cavani scored again in the 49th minute to give City a headache to remember.

I want Napoli in the Europa League as they provide exciting play with Hamsik, Cavani and more but I do not want City in the last 16..... I cannot win. :(

Group B:
CSKA Moscow 0 Lille 2
Lille went ahead in the 49th minute after Berezutski scored an own goal. Moussa Sow made it 2-0 to Lille in the 64th minute and took all three points in Russia.
Trabzonspor 1 Inter Milan 1
Roberto Alvarez put the away side ahead in the 18th minute. Altintop made it level in the 23rd minute and that is how it ended.

Group C:
Manchester United 2 Basel 2
United wanted to qualify for the knockout stages against Basel on Tuesday but had to win at Old Trafford. Phil Jones scored in the 3rd minute- an own goal for Benfica but Dimitar Berbatov scored a infrequent European goal in the 30th minute to level for United. Midfielder Darren Fletcher made it 2-1 to United in the 59th minute but only 60 seconds later, Striker Pablo Aimar equalised for Benfica to stop United from qualifying until the last day.

Otelul Galati 2 Benfica 3
In the other match in Group C, Benfica and Otelul Galati had a 5 goal thriller. Galati will feel disappointed as they scored twice in the second half but this will not have that much of an effect as Galati can not qualify. Benfica needed to win to keep pressure on Basel which they did with a slender 3-2 win.

Group D:
Real Madrid 6 Dinamo Zagreb 2
Madrid had 4 different scorers as they thrashed Zagreb by 6-2. Karim Benzema, Gonzalo Higuain and Mesut Ozil were among the scorers.
Lyon 0 Ajax 0
This match was a goalless draw in France as each team took a point.

Group E:
Bayer Leverkusen 2 Chelsea 1
This interesting end-to-end match came from Germany as Leverkusen hosted Chelsea. Didier Drogba opened the scoring for Chelsea in the 48th minute with a turn and flick shot inside the 16 yard box. Eren Derdiyok equalised for Leverkusen in the 70th minute with a tap-in from a cross which flew past goalkeeper Petr Cech. Manuel Friedrich scored a header from a corner in the 90th minute to give Leverkusen three points.

Group F:
Arsenal 2 Borussia Dortmund 1
Arsenal captain Robin Van Persie scored twice as Arsenal beat tough German opposition Dortmund. He broke the deadlock in the 49th minute. He scored again in the 86th minute to give Arsenal all three points. Shinji Kagawa scored a late consolation for Dortmund but it was too late.
In Arsene we trust!
FACT: Robin Van Persie has now scored 17 goals in all competitions this season.
FACT: Arsenal have become the first English team to qualify for the Last 16.
FACT: Arsenal are the English only team to win this week.

Marseille 0 Olympiakos 1
Gianiss Fetfatzidis scored the only goal of the match for Olympiakos in the 82nd minute as they beat favourites to win Marseille. Olympiakos are now 3rd in their group with 6 points and Marseille are surprisingly bottom with 4 points.

Group G:
Zenit St. Petersburg 0 APOEL Nicosia 0
This was a goalless draw in Russia in the early kick-off.
Shakhtar Donetsk 0 FC Porto 2
Hulk opened the scoring in the 79th minute and defender Rat scored an own goal to make it 2-0 in the 90th minute.


Group H:
BATE Borisov 0 Viktoria Plzen 1
Bakos scored the only goal of the match in the 43rd minute.
AC Milan 2 Barcelona 3
This was a fiesty encounter between 1st and 2nd place in the group which had 4 goals in the last meeting.
Milan defender Marco Van Basten made it 1-0 to Barcelona after he scored an own goal in the 14th minute. Striker Zlatan Ibrahimovic made it 1-1 in the 20th minute. Midfielder Lionel Messi scored for Barcelona to make it 2-1 in the 31st minute from a penalty. Midfielder Kevin Prince Boateng equalised to make it 2-2 in the 54th minute. Xavi Hernandez scored the last goal in the match and the winner for Barcelona in the 63rd minute to make it 3-2.
EPL News:
Barcelona are watching Tottenham's Gareth Bale after scouts were seen attending the 2-0 victory over Aston Villa on Monday night.
Wow.... Bale in the equation...???
Chelsea and Tottenham Hotspur are both looking at buying Bolton defender Gary Cahill for £7million in the January transfer window.
Owen Coyle has no choice... Cahill wants to play in Europe and be a first team regular for England......
Midfielder Alex Song admitted he is praying captain and striker Robin van Persie does not get injured.
To be honest, so am I. this is why we need him to extend his contract.....
Everton's loanee striker Royston Drenthe believes Leighton Baines is one of the world's best left-backs.
AC Milan are in talks with Manchester City striker Carlos Tevez and may move to Italy for £25million in January.
Looks feasible....... He could fit in perfectly at Italy.
Manchester United are trying to sign Laredo's 15-year-old wonderkid Javier Gonzalez.
Andre Villas-Boas admits it is up to him to turn Chelsea's season around in the EPL and CL.
He needs more time... He has an old team...
Posted by Unknown at 20:31