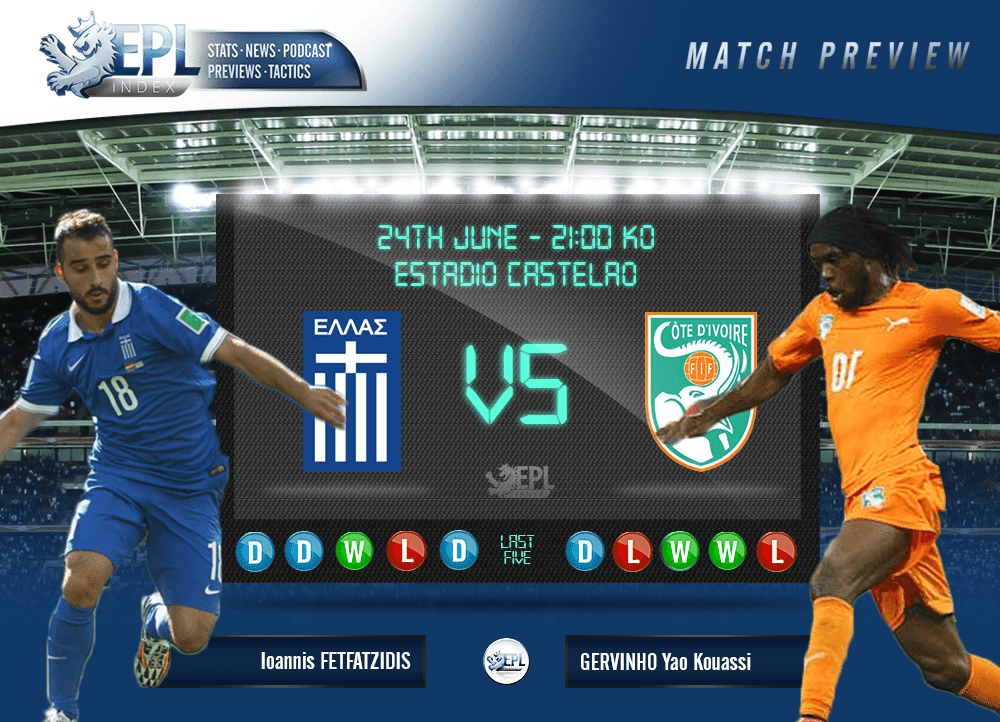 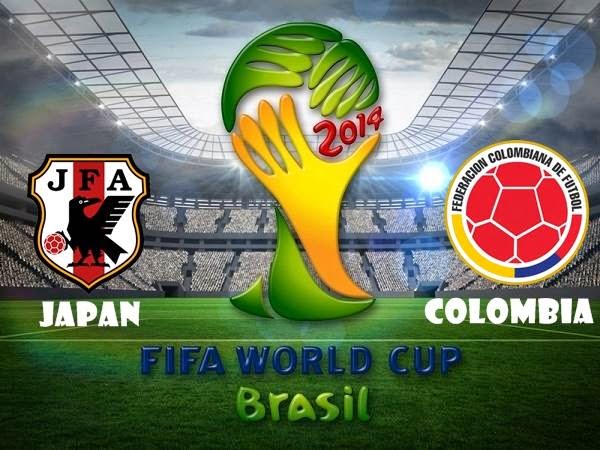 Hello again everyone and welcome to my latest blog post - a LIVE Commentary of the Greece vs Ivory Coast + Japan vs Colombia matches being played in Group C.

Here is the current situation in Group C before the matches today:


Here are the team line-ups and news ahead of both matches in Group C today:

21:00 - Both matches have already kicked off, and I will be having LIVE analysis from both games as the night continues.

21:15 - Still 0-0 in both matches, with Ivory Coast and Colombia dominating in their respective games.

21:19 - GOAL! The first goal of the night and it's from the penalty spot, as Fiorentina winger Juan Cuadrado breaks the deadlock for Colombia after striker Jackson Martinez was brought down inside the box by defender Yasuyuki Konno.

Yellow card for the Japanese man, and Cuadrado makes no mistake to open the scoring.


21:25 - Second substitution of the match for Greece, only 25 minutes into the match.

First, midfielder Panagiotis Kone was replaced after 8 minutes, due to a pulled hamstring. Then, goalkeeper Orestis Karnezis went down clutching his back, and despite treatment from the physios, he was replaced after 5 minutes of testing out whether he would be okay to continue.


21:42 - GOAL! Greece have taken a shock lead, thanks to striker Andreas Samaris!

Poor defending by Ivory Coast, who lose the ball in a dangerous area and are consequently punished by Samaris who beats his man and slots the ball past goalkeeper Barry!

21:48 - Half-time in the Greece vs Ivory Coast match, and a goal to report from Japan vs Colombia, as the Japanese equalise on the stroke of the break! A low headed effort into the bottom corner of the net, by Shinji Okazaki in stoppage time.

22:15 - GOAL! Colombia make it 2-1, thanks to Jackson Martinez! A great run and dribble past the opposition defence from substitute James Rodriguez, before passing the ball into Martinez's path who smashes the shot into the corner of the net!

Japan 1 Colombia 4 - Another two second-half goals from Martinez and James Rodriguez gives the Colombians another win in the group, and ensures that they finish out of Group C as the winners.

Greece 2 Ivory Coast 1 - Greece pull out a late shock to score in the dying seconds from the penalty spot (Samaras) to send the Africans home.