Iran vs Nigeria and Ghana vs USA - Match Reports:

Iran vs Nigeria and Ghana vs US - Match Analysis, reports and Review: 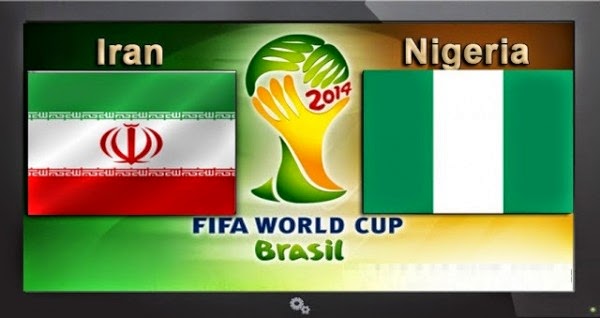 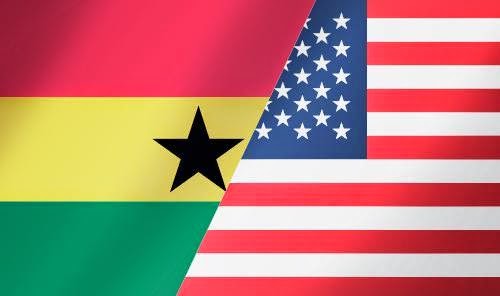 Hello again everyone and welcome to my latest blog post - where I have a match report, review and analysis from the remaining two matches being played on the fifth day of the 2014 World Cup in Brazil.


The match between Ghana and the USA is lower down in the blog post, but first - Iran vs Nigeria:

African side Nigeria were playing against the group’s underdogs in the form of Iran, who were predicted to be the whipping boys of their group before the start of the tournament.

This was the second match of the fifth day in the 2014 World Cup, and followed the dominant rout by Germany, who had beaten Portugal with a comprehensive 4-0 victory in Salvador an hour beforehand. If you want a recap on the action, follow the link below:
http://football365mo.blogspot.co.uk/2014/06/brazil-wc-2014-germany-vs-portugal-live.html - LIVE Commentary of Germany vs Portugal, on my blog.

On paper, this game was a mis-match because many of Iran’s players were barely known by the public and the African Cup of Nations champions Nigeria were expected to dominate a relatively-new team that have just qualified for the World Cup - which they class as a huge feat for a country of their footballing capabilities.

Here were the team line-ups going into the game, with an unfamiliar Iran side with only Fulham winger Ashkan Dejagah as a notable player in their team -

A 0-0 draw was sufficient for Iran as they defended well enough to secure their first point on the board in the World Cup, despite a lacklustre performance from the so-called Super Green Eagles of Nigeria.

It’s as if they did not turn up, most of their players were poor under pressure and they lacked the desire to win their opener against weak opposition. IF Nigeria had beaten Iran, and possibly beaten Bosnia in their next match then they would have virtually sealed their place in the knock-out rounds. After this draw it has meant it is even harder to get out of the group.

Odemwingie had more of an impact off the substitutes’ bench for the 10 minutes that he played, than the rest of the match which Emenike and Moses were on display for. They were THAT poor.

Iran were safe at the back and had a few half-chances, but Enyeama was either equal to it or their shots were not on target. Apart from the first 10 minutes, Nigeria were dull on the ball and could not break down an Iranian defence which were being pushed forward by the defensive capabilites of Teymourian and Nekounam.

Let's just say that the game was a boring one, failed to live up to any expectations which isn't surprising. Worst game of the World Cup so far, by FAR.

The third and final match of the night, as the Americans were playing against Ghana in their Group H opener..
Here were the team line-ups:

One of the fastest ever recorded goals at a World Cup was the bright spark in a rather dull first-half of play during this match, courtesy of former Fulham forward Clint Dempsey who weaved his way past three Ghana defenders with ease before slotting his effort into the far post and bouncing into the net. 26 seconds.

Just 26 seconds and the Americans had a first-half lead to protect.
Ghana were pressing and pressing throughout the match for an equaliser, but the USA were firm at the back and got forward when they could, not letting Ghana dominate but it was the Africans who had the better share of ball possession in the match.

However, possession does not always lead to goals, and they needed one badly if they were to get back into the match.
As you can probably expect, Ghana were furious that they let had conceded so easily, and went on the attack. But the USA were not exactly lying down for them.

A solid but frustrating first-half resulted in a 1-0 scoreline at the break, with the African side trailing to a team who were eager to defend their slender lead and perhaps go on the counter attack to score again.

If they were to do so, they would have to do so without Sunderland striker Jozy Altidore, who was sadly stretchered off the pitch mid-way through the first-half after pulling his hamstring (similar to Coentrao earlier on in the day for Portugal, against Germany).

And they did so alright. But it was only after a lovely piece of skill by Gyan on the far side to back-heel the ball through his legs and set up a shot for team-mate Andre Ayew which prompted the Americans to score again, with late drama and two quick-fire goals setting up for a tense finale to watch.

A corner was whipped into the box, and the USA were back in-front with 5 minutes to play, thanks to defender John Brooks who celebrated with passion as he could not comprehend the matter in which he scored for his country; 5 minutes left and he scores the late winner to give the Americans a vital 3 points in their World Cup opener.

Dramatic finish to a rather dull match in truth. Well played USA, you have to feel for Ghana though.


More World Cup LIVE Coverage and action in the next few hours, as Day 6 of the biggest footballing tournament in the world gets underway.

Here are today's group stage fixtures -
Belgium vs Algeria at 5pm
Brazil vs Mexico at 8pm
Russia vs South Korea at 11pm
Posted by Unknown at 14:58