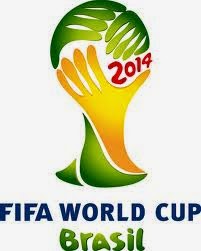 Hello again everyone and welcome to my latest blog post.

Today, I will be previewing all of the World Cup groups and predicting what will transpire in Brazil, starting on Thursday night when the opening game of the tournament kicks off; Brazil vs Croatia.

So without further ado, I will start off with Group A:


Here are the teams in Group A -
Brazil, Croatia, Mexico and Cameroon.

Brazil will obviously be the clear favourites to win their group, especially upon home soil with the wide range of talent on-display in their squad.

If they fail to dominate their group, serious questions will be asked as to whether they would be able to up their game enough to actually win the tournament - all the pre-tournament hype could put un-realistic pressure on the hosts as they look to win their first World Cup since 2002.

However, based on the quality and talent in their team it is fair to say that they should be able to comfortably win the group, even if they fail to lose to Croatia on the opening day.

Croatia are my personal favourites to join Brazil in the knock-out rounds, simply because of the fact that their quality in depth and key players are better than the likes of Mexico and Cameroon - who rely on dos Santos and Eto'o (respective of national teams)

Croatia boast having the likes of; Modric, Rakitic, Mandzukic and Lovren in their team - they should be able to qualify out of their group.

Brazil vs Croatia on Thursday night (the opening game of the tournament) could be the decider as to which team finishes the group first, and second.

My Prediction for the Group -
Brazil and Croatia to qualify, Mexico to come third and Cameroon bottom. An unpredictable group, every team has a decent chance of qualifying but it will be a real shock if Brazil do not top the group nonetheless.

The teams who will be competing for glory in Group B:
Spain, Netherlands, Chile and Australia.

Spain and Netherlands will obviously be expected to come first and second in the group, the opening game for both teams will set the tone for how the group will unfold.

Given Holland's recent form at international tournaments, they have an air of unpredictability. The Dutch side were finalists last time out in 2010 against fellow group B side Spain, but however struggled in Euro 2012.

If Holland do not get off to a good start, and hypothetically lose their first two group stage matches or only pick up one/two points from their first two matches in the tournament - it will give Chile the perfect opportunity to take advantage of the other team's results and qualify for the knock-out rounds.

Chile have good players, such as Juventus midfielder Arturo Vidal and Barcelona forward Alexis Sanchez - but on the whole despite having a good team ethic, they would not be expected to qualify in a group with two of the best international teams in the world, regardless of current form.

The South American outfit are strong in defence and can score at anytime, which could be in their favour - who knows?

Realistically, it would be unfair to say that Australia would be able to progress through to the knock-out stages. The team have limited quality, and would be considered the "whipping boys" of the group.

Their key player for me would have to be Crystal Palace midfielder and Australian captain Mile Jedinak, he will be expected to lead his team out and hope for the best.


A successful tournament for the Socceroos would be getting a few points against their name, and not losing embarrassingly. Frankly, not good enough to challenge to get out of the group.

My Prediction for the Group -
Everyone says that they are not as good as they once were, but the current world champions Spain will qualify as group winners, with Holland as runners-up.

However, if anyone slips up then there is a very real possibility that Chile will progress through to the knock-outs.

Hopefully Australia do well enough not to be made the laughing stock of the tournament, something which could easily happen unless they are tight at the back.

My favourites to progress from Group C would have to be Colombia and Ivory Coast, both teams have solid teams and even though it is unlikely that they will then go on and win the tournament itself, they could provide an upset to some of the bigger national teams along the way.

Colombia have the likes of; James Rodriguez, Muriel, Zapata, Ibarbo and Guarin - even without AS Monaco striker Falcao they look strong on paper.

Meanwhile, Ivory Coast boast having the sheer firepower in midfield and the attacking force of; Yaya Toure, Kalou, Drogba and Gervinho - the African outfit will be hoping that they can better the heroics of fellow African side Ghana and go for glory in Brazil.

Greece are not a technically gifted side, while Japan despite having been one of the first teams to qualify for the tournament are not exactly favourites to even progress from their group, let alone win the whole thing!

We will see what the likes of Honda (AC Milan) and Kagawa (Manchester United) have to say about that...

My prediction for the Group -
Colombia and Ivory Coast to both qualify with relative ease, despite being in a weak group.

The group that everyone has high hopes for, especially if you live in England. The Three Lions have an experimentally young side this time out, which is both exciting and risky at the same time.

With the likes of wonderkids Barkley, Sterling and Oxlade-Chamberlain in the ranks, it would be silly not to give them valuable game time - what better way than in the biggest tournament of them all? Rooney and Sturridge will be under increasing pressure to do their job up-top, but no-one said that it would be easy coming up against the likes of Italy and Uruguay.

Italy have always been a thorn in the side of England, especially at Euro 2012 when they knocked the latter out on penalties to go through to the semi-finals.

With the likes of players such as Marchisio, Pirlo and Montolivo, as well as Insigne, Balotelli and Immobile it is not hard to see why Italy have been tipped to do well in Brazil.

Uruguay are not going to be pushovers either, with Liverpool talisman Luis Suarez and PSG striker Edinson Cavani in the ranks they are not exactly weak in talent.

Costa Rica are the underdogs in Group D, an under-rated team who are not well-known to many in the world. Having said that, they could be underestimated and sneak a surprise on the rest of their opponents.

England and Italy to qualify for the knock-out rounds. Uruguay third, Costa Rica finish bottom of the group. England vs Uruguay could prove to be a big match in the shape of the group, if the Three Lions lose their opener against Italy.

All to play for in Group E:
Switzerland, Ecuador, France and Honduras.

On paper, France have this group won comfortably already. Having said that, games are not won on paper - and it may not be as easy as first thought.

There is no doubt in my mind that France have a solid team, but Switzerland are my favourites to qualify alongside Les Bleus and despite not being well-known, it is clear to see that both Ecuador and Honduras are solid teams.

Both sides held England to draws in their international friendlies in Miami last week, and even though a friendly is different to a group stage international match, they look as if they will not be pushovers.

Despite that, I think that France will win the group - pending no disaster like what happened in South Africa of 2010.

Again, another group where the obvious favourites to succeed could either prove the media right or fail under pressure.

Argentina among other countries will be fairly optimistic about their chances of winning glory this year, they have a strong squad especially in midfield and attack - but are somehow lacking strength towards the back of the pitch, which can often be their downfall.

The only main criticism that Barcelona striker Lionel Messi (who just happens to be one of the best players of all-time) has is that he has failed to win a World Cup with his country.

Many doubters believe that he cannot be among the legends of the game until he wins the biggest international trophy there is, but he cannot be expected to carry the whole team.

Having said that, the team looks stronger now than it did four years ago - so who knows? If they come out of the group stages relatively unscathed, they could challenge for the trophy. They are used to the climate because they are a fellow South American team, just like the hosts so there is no excuses.

Anyway, they'd have to get through the group first, with African Cup of Nations winners' Nigeria and Bosnia hoping that they can provide shocks during this campaign.

Bosnia have the likes of Roma midfielder Miralem Pjanic and Edin Dzeko, so they will be hoping that they can perform well enough to get out of the group and into the knock-out rounds.

Nigeria boast having Fenerbahce striker Emmanuel Emenike and Chelsea's Victor Moses, so they will believe that they can do well as long as they are consistent from the first whistle.

My favourites to qualify out of the group are Argentina and Bosnia/Nigeria, Iran are simply not good enough.

Group G - where Germany will be hoping to dominate:
Germany, Portugal, Ghana and USA.

The group of death for USA, Germany and Portugal will be the favourites to proceed through to the knock-outs.

Ghana will be hoping that they can spring a surprise like they did back in South Africa, shocking everyone to get to the quarter-finals, before losing controversially after a Suarez handball (remember that?) prevented Asamoah Gyan's goal-bound effort from winning them the game.

Germany and Portugal should go through, but I highly doubt that Portugal will go all the way to the final based on their reliance on Real Madrid forward Cristiano Ronaldo.

Don't get me wrong, he is a very good player and one of the best in the world, but you should not just rely on one player. Latest team news is suggesting that he struggling with an injury, which will be a big miss for the Portuguese.
With him, they can go far. Without him, not so much.

Ghana will have to take advantage of an unfit Ronaldo if he does play, the Ghana vs Portugal match is important to gauge whether or not the African side can replicate their heroics from four years ago.

Group H, where one of the dark horses are expected to surprise everyone:
Belgium, Russia, Algeria and South Korea.

Belgium, one of the dark horses to go all the way and win the tournament will be hoping that they can impress, especially based on the fact that they have a relatively mild group.

Russia are my favourites to go through as well as Belgium, Algeria and South Korea are not exactly a fair match but it will be an interesting watch.

Belgium are a team to watch in the tournament, with the likes of Courtois, Kompany, Vermaelen, Mertens, Hazard and Lukaku - they are bound to have some potential.


Thank you for reading this post, I will have more footballing content over the next month - as the World Cup begins tonight!

On my blog this month: LIVE Coverage, commentaries, reviews and analysis on each and every game during the World Cup 2014 - group games and the knock-out rounds.

Here are the social networking sites which you can follow me on: